Acupuncture for stress and depression

The Anxiety and Depression Association of America (ADAA) states that “evidence for the use of acupuncture to treat anxiety disorders is becoming stronger.”

Reuters health reported on a study from the University of York in the UK. The study recruited 755 people with moderate to severe depression. Seventy percent of the patients had been on anti-depressants and continued on them throughout the study. The study concluded that both acupuncture and counseling (or both) had a strongly positive effect on depression, lowering the depression scale from an average of 16 out of 27 at the start of the study, to 9 for acupuncture and 11 for counseling at its conclusion. The benefits lasted 3 months after treatment had concluded.

So how does acupuncture work? The acupuncturist inserts fine needles into certain identified acupuncture points on “meridians” which run throughout the body and correspond to certain organs. Meridians can be thought of as a highway of energy, or “qi” in traditional Chinese medicine. Acupuncture works by getting rid of the roadblocks on this energy superhighway.

When there is congestion on the highway, energy gets backed up. When the meridians are clear (no roadblocks), the qi flows freely. Each meridian “homes” to an organ and each organ has certain associations, such as emotions, body parts, organs etc. For example, the emotion of the liver in Chinese medicine is anger. When the qi is blocked it can cause liver qi stagnation, which can result in anger. It goes both ways, though — when you’re angry a lot, you can block the flow of liver qi.

Western medicine has shown that acupuncture releases endorphins, and activates natural pain killers. Now we see that it affects other biological functions as well. Chinese medicine sees acupuncture as improving functioning by correcting blockages or imbalances in the organs.

A 2013 article in the Journal of Endocrinology presented the results of a series of animal studies done at Georgetown University Medical Center which showed that rats who endured stress conditions and then received acupuncture had lowered blood hormone levels secreted by the hypothalamus pituitary adrenal (HPA) axis (which controls reactions to stress and regulates processes like the immune system, digestion, emotions and moods and sexuality.) They also measured the levels of NPY, a peptide secreted during a “fight or flight” response.

The study’s author, Eshkevari, said, “We found that electronic acupuncture blocks the chronic, stress-induced elevations of the HPA axis hormones and the sympathetic NPY pathway…. Our growing body of evidence points to acupuncture’s protective effect against the stress response.”

I have seen patients whose anxiety-induced rashes almost disappear in two treatments. I have also seen acupuncture significantly reduce anxiety and stress as well as improve depression. It’s important to note that most of these conditions require an initial treatment protocol of 8 or more sessions. Once a significant improvement is reached, you can then move to a maintenance schedule.

Acupuncture obviously can’t always treat moderate or severe depression alone and you should consult your doctor before going off or reducing any medication. But, the evidence is clear: acupuncture can improve depression, anxiety, and stress. 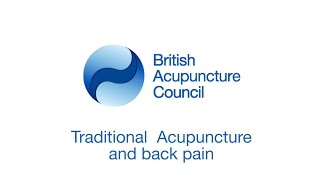